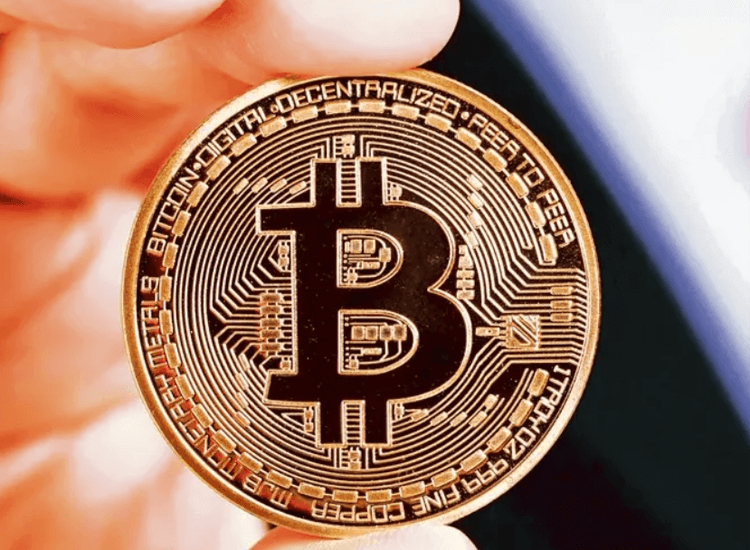 Ben Armstrong was born on October 27, 1982, in Atlanta, Georgia, in the United States. He attended Kennesaw State University and Toccoa Falls College.

Before starting his own business and getting into cryptocurrency, he ran an online ticketing company.

Just what is crypto?

Any digital currency that uses cryptography to safeguard transactions is referred to as a “cryptocurrency,” or “crypto” for short. A decentralized authority controls it, issues new units, and keeps track of transactions. There are many different kinds of cryptocurrencies, including Bitcoin, Ethereum, Litecoin, and others.

His Journey into the crypto world:

Ben launched his Internet ticketing firm in 2011. The software he used to manage his business began accepting bitcoin in 2012. He then had to purchase bitcoin to pay for services. The Bitcoin he purchased in November 2013 had a sharp rise in value, going from being worth a few hundred dollars to several thousand. He began purchasing and trading Bitcoins, but he was unable to learn much about cryptocurrency. Additionally, he couldn’t identify any websites that offered crypto knowledge or were instructional. When Mount Gross crashed in 2014, Ben believed it was over, yet it held up well. A decade ago, he almost accidentally bought something with bitcoins. In 2013, he even made $1,700 by selling six of them while using the WiFi at a nearby McDonald’s. (Today, they are worth more than $100,000.) He didn’t start taking an interest in cryptocurrencies seriously until the crypto market was cresting in 2017, after which he decided to join YouTube in 2018. The original concept was animation. The fictional characters “BitBoy and Hodl” were supposed to be crypto-superheroes. (The latter is slang for making long-term commitments in cryptocurrency.)

He created his YouTube channel in January 2018 under the username Bitboy Crypto as a resource for learning about cryptocurrencies. He left his prior company in August 2018 and started working full-time in cryptocurrency.

He projected that many of the assets will increase in value during this 2018 timeframe, which fell during the so-called “crypto winter.” At that time, few people were buying or even paying attention. But in 2020 and 2021, when coronavirus shutdowns pushed masses of people to cryptocurrency and sent prices soaring, he was vindicated. His YouTube channel expanded, and he now has 1.44 million subscribers and over 3.3 thousand videos with a variety of instructive videos on cryptocurrencies, current trends, the future of cryptocurrencies, and where to invest in cryptocurrencies. Armstrong purchased studio space close to his Acworth home, which is located about 45 minutes north of downtown Atlanta, as his business flourished.

The aim behind Bitboy Crypto as Armstrong recently stated, “When I established this channel three years ago, my objective was to simply provide the resource I didn’t have when I got started in bitcoin. Cryptocurrency completely transformed my life: it offered me financial independence, enabled me to support my family, provided a route for me to launch my own company with an incredible team, and allowed me to have fun along the way. In the end, my purpose was to aid in educating individuals in this field so they might realize their objectives. Fortunately, the Bitsquad has allowed me to accomplish that and assist more individuals than I could have ever dreamed. A rising tide lifts all boats, so thank you BIA for bringing together a group of influencers in space and acknowledging the hard work we’re all putting in. I’m excited to keep giving my audience valuable content!

This aforementioned statement, Bitboy, makes it clear about his efforts and commitment. Whatever he has invested over the years is now reaping rewards for him.

The magnitude of his power in the crypto world :

The 39-year-old Georgia native holds significant power in the world of cryptocurrency investment, directing tip-hungry online trawlers to the newest token. He is an equal parts media personality and investment adviser. He has established himself as a go-to source for the most recent cryptocurrency trends with polished daily news-like feeds with a team of deputies and videos intended to go viral.

His promoting and marketing tetechniquesnd s,  news videos draw a following that he refers to as the “BitSquad,” an informal group of his supporters. Additionally, he employed supporting actors with screen names like “Deezy.eth.”

After his Youtube channel became popular, the social media influencer built a website to grow his brand. On the website, he also offers merchandise for sale. Other business-related YouTube channels that Armstrong has worked with include New Money Gang, Ivan on Tech, A Bilancione, 8-BitRyan, Crypto Crow, and others. Bybit, Market Cipher, Token Metrics Research, Celsius Staking, and other deals are among his greatest.

Armstrong claims that BitBoy has developed into a full-fledged media company with 70 full- and part-time employees and millions of dollars in revenue from cryptocurrency. He also shared hosting duties for the podcast beards and bitcoin.

All this maintains sales while also giving Armstrong credibility in a downturn market.

The Internet is Rotting Away, a brief video special about a significant flaw in the current design of the internet that threatens users’ freedoms and how blockchain technology can fix it, as well as the launch of BitLab Academy, a premium crypto asset education course, both from BitBoy Crypto.

BitBoy Crypto is the go-to source, especially for Ethereum and other altcoins, providing daily content on the most recent cryptocurrency news, project reviews, and trading advice with a high-quality in-studio viewing experience that includes a rundown graphic of upcoming talking points similar to what you’d see on ESPN.

The Players’ Lounge is a direct-to-consumer website that gives fans access to events, products, and message boards that are only available to NCAA athletes.

The Players’ Lounge, an NFT community for college athletes, and Bitboy Crypto have teamed.

Students who participate in college sports and athletics can utilize NFTs on theplayerslounge.io to “monetize their own brands’ ‘ and gain access to athlete-only private message boards, live community events, and other premium content.

What makes him unique from other crypto influencers:

Armstrong’s do-not-buy-now warnings nearly always lead to a do-buy-later recommendation to restore his credibility. The video’s home warning concluded, “For people that want to put in huge amounts, it’s going to be wiser to wait until next year.”

When asked how he thinks he has acquired so many fans, Armstrong told The Washington Post in a phone interview: “The word I use is authentic: I’m the same guy on-camera as off-camera.” People will approach me wherever, whether it’s a Falcons game or a crypto conference, not because I’m more qualified than other influencers, but rather because I’m more approachable.

Even if one ignores the significant financial stake, he seems to be enjoying himself. BitBoy’s accounts are replete with references, memes, and gags in a world of dry financial advice; few investment advisers run contests for the greatest NFTs produced by a fast-food business.

The D-Central Miami conference during art Basel week hosted the blockchain influencers awards the previous year on December 13, 2021. The initiative attempts to identify significant social media influencers in the bitcoin and blockchain industries. An open voting process is used to determine the nominees.

Six of the 10 awards that were given out at the aforementioned blockchain influencers event were won by Ben Armstrong and his team. This includes recognition for the top daily blockchain program as well as the Most Education & Funniest Influencer awards for the second and third years in a row, respectively. This amply demonstrates his dominance in the crypto sphere. and the encouragement he gets from his admirers throughout the world.

He is honest about his past as a drug user and how he discovered a calling to help others through cryptocurrency through his #BitSquad of supporters.

Bitboy’s fanbase erupted after he wrote about his channel suspension on Twitter and Instagram. Thousands of his followers liked and retweeted his message. The channel was only reinstated a few days later as a result of the immediate backing he received from supporters. This most likely demonstrates the strength of his sway, his devoted supporters, and his social media.

The 1.45 million-subscriber BitBoy Crypto Youtube channel has a love-hate relationship with the cryptocurrency world. Many newcomers who might not have otherwise found it accessible have been exposed to Bitcoin, cryptocurrencies, and the blockchain because of his humble demeanor.

However, some criticize him for using sensationalism to draw viewers and for “shilling” any cryptocurrency project that will pay him for a mention; it’s been alleged that he charges $50k for an endorsement of an altcoin or NFT project. His market forecasting and analysis haven’t been as precise as those of other cryptocurrency YouTube channels run by experienced traders.

He nevertheless continues to command a significant amount of attention and authority in the cryptocurrency space.

BitBoy is expected to have a net worth of $28 million in 2021. He has three children—a daughter named Zoe, a son named Blake, and a son named Madden—who was born to Ben Armstrong and his wife, the blogger, and book enthusiast Ethan Armstrong.T hey enjoy their lives in Atlanta.

Sports are one of his passions, and he frequently takes his family to football events.

Explore the Most Important Information Here

Feel Free to contact us for any inquiry related to guideline. We aimed to provide high quality information that increase knowledge for everyone. It's a new technology that most of people don't know. This is the chance to get more valuable insights of cryptocurrency.